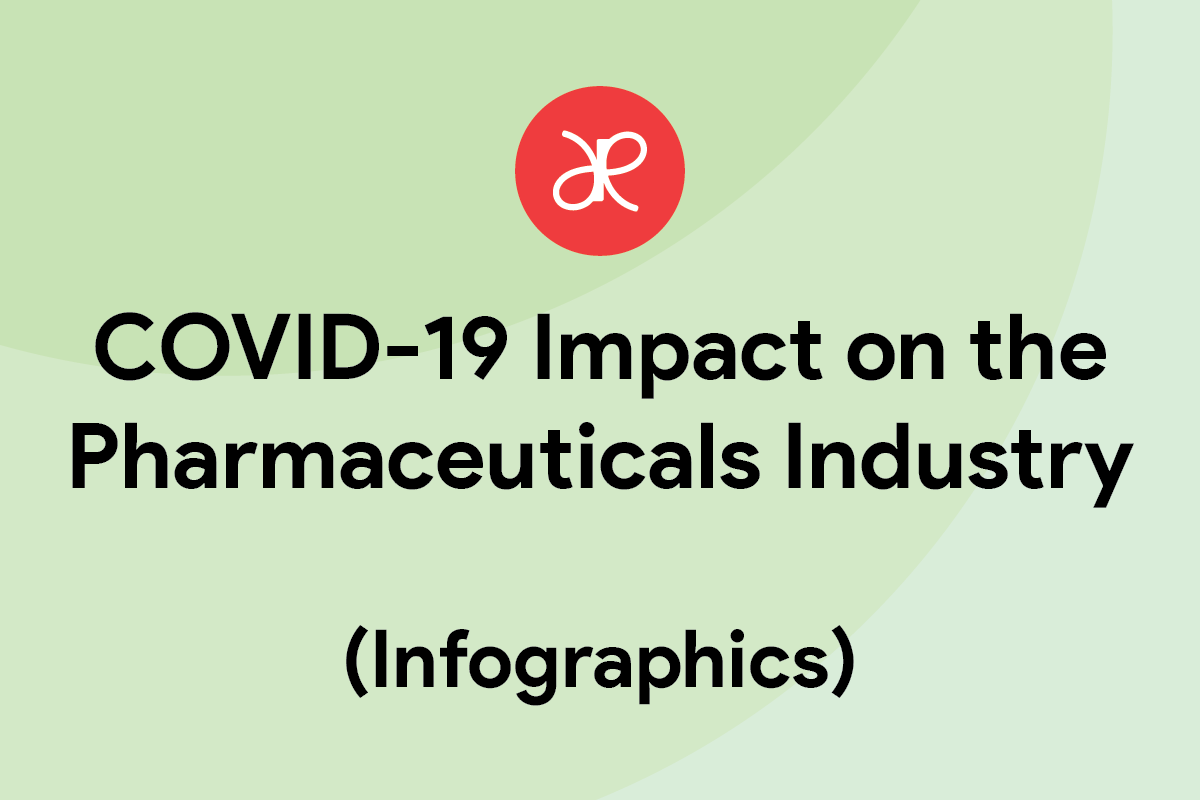 COVID-19 Impact on the Pharmaceuticals Industry 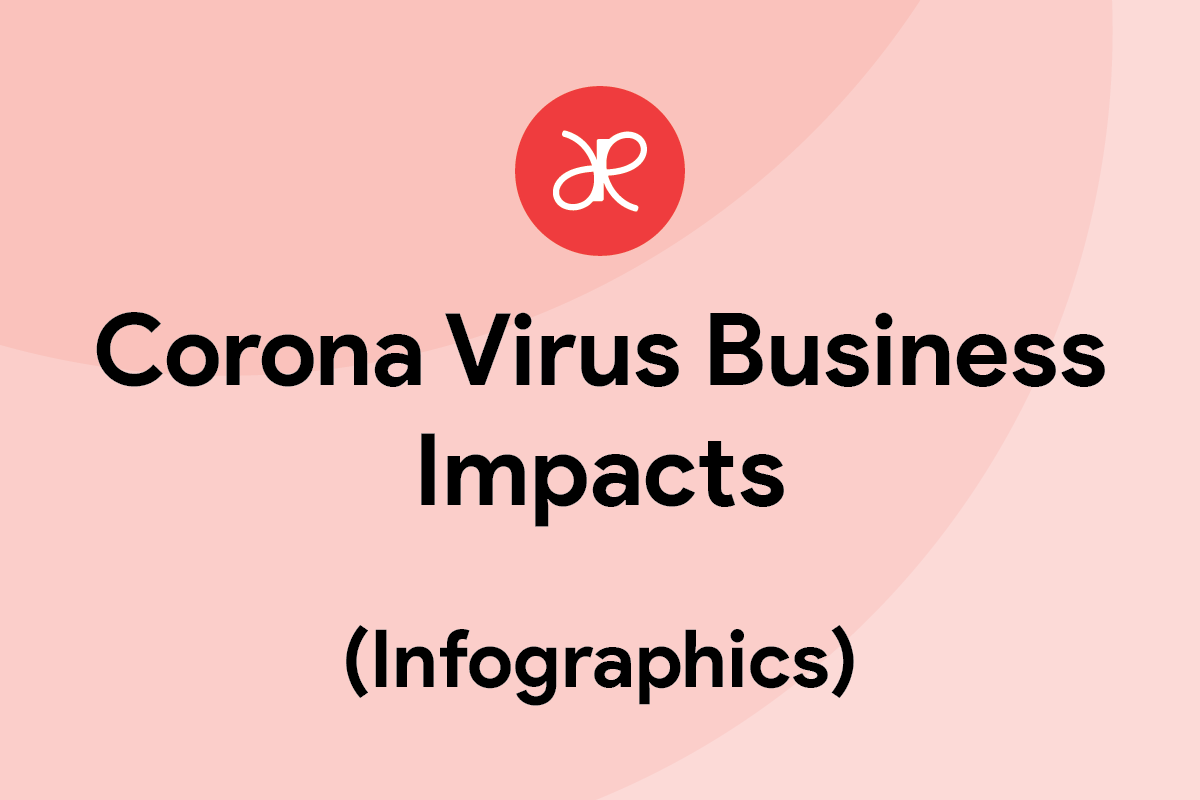 Coronavirus COVID-19 is on everyone’s mind. Here’s a sliver of the global impact it can cause, from the shut down of several operations in China, Hubei in particular 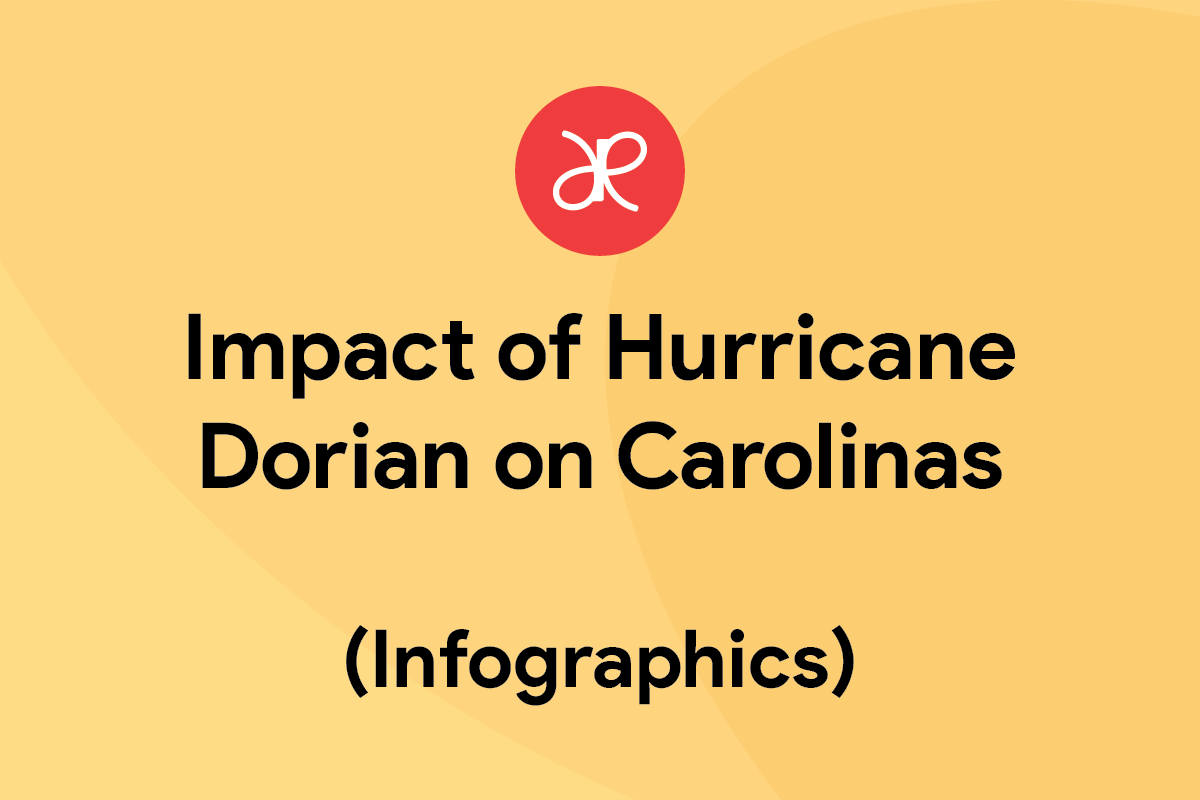 Impact of Hurricane Dorian on Carolinas

Hurricane Dorian, an extremely catastrophic category 5 Atlantic hurricane, caused extensive damage to the aerospace industry, multiple small and medium enterprises and several foreign companies that had operations in the Carolinas. 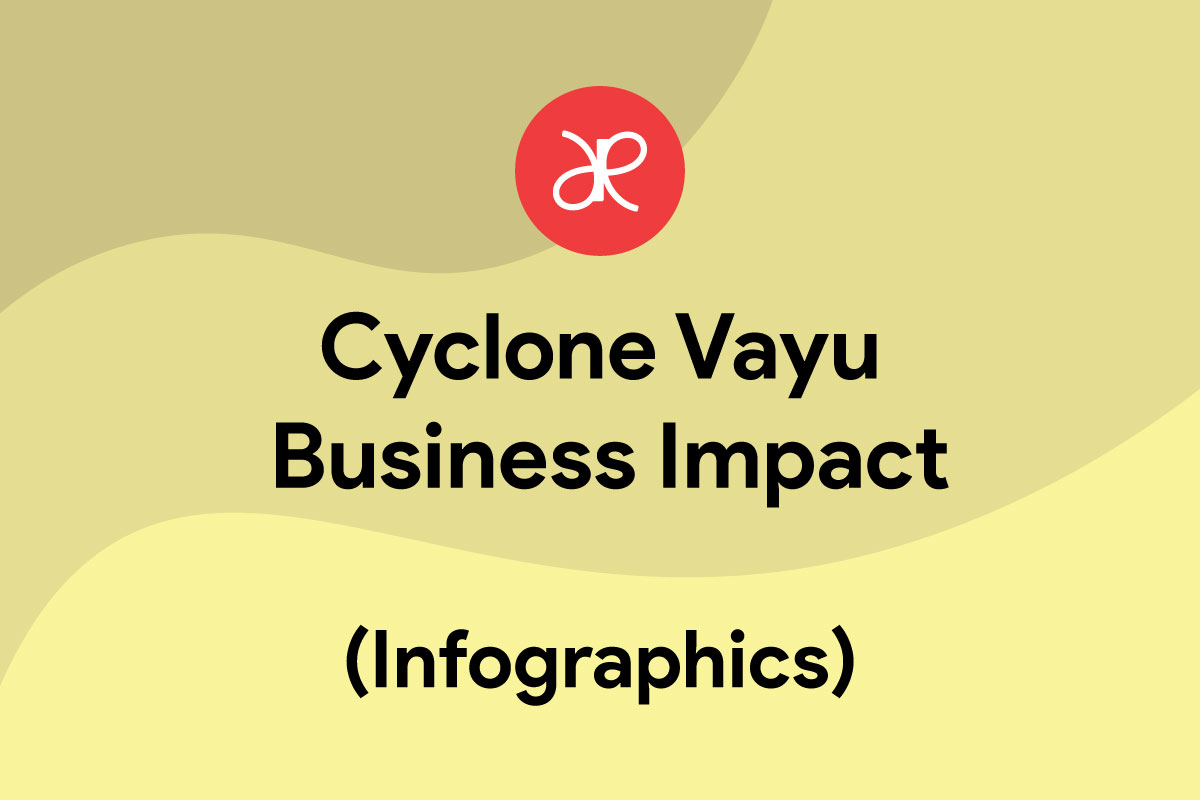 Cyclone Vayu, a strong tropical cyclone, cause damages mostly in the Indian state of Gujarat. Cargo operations were suspended in all ports in the Gulf of Khambat, interrupting exports to multiple countries. 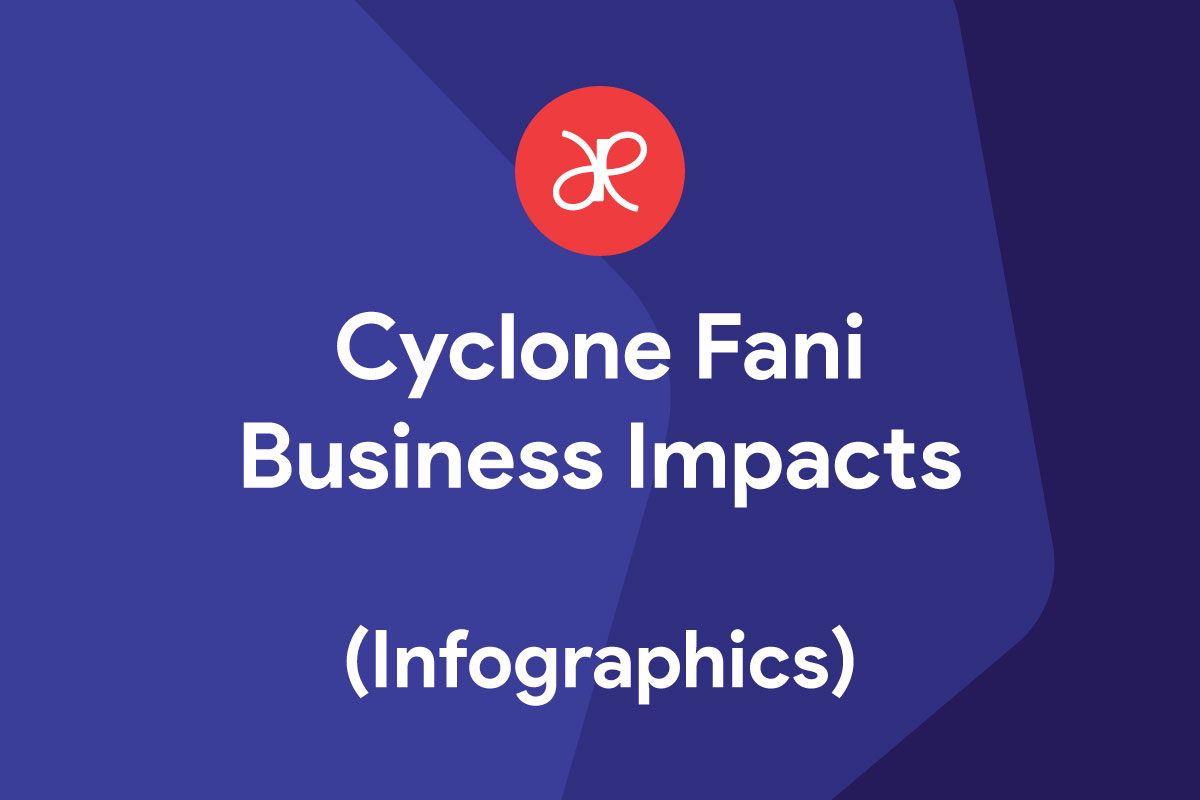 Cyclone Fani, called as the strongest tropical cyclone to make landfall in India in 20 years, battered India and Bangladesh, and impacted several manufacturing companies and industries. A snapshot of the potential impacts can be seen in our business impacts infographic. 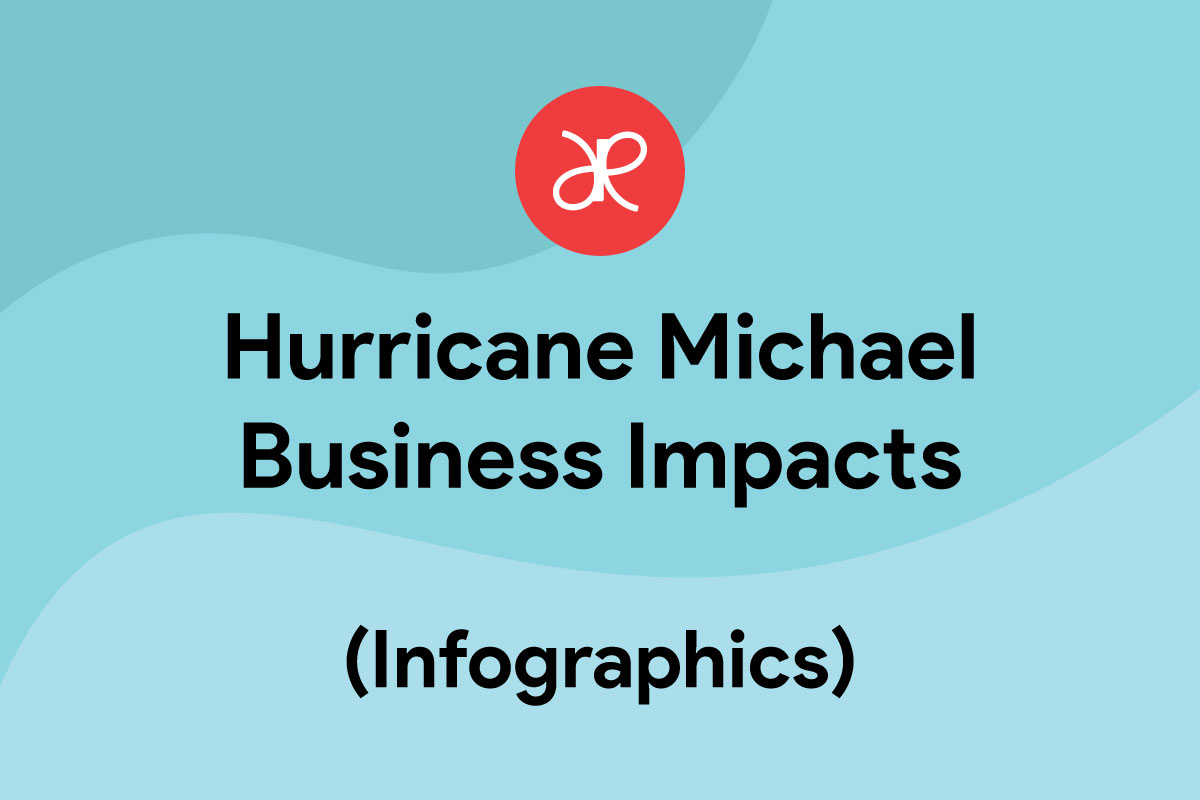 Hurricane Michael, a devastating Category 5 hurricane, barreled into the Florida Panhandle region, and impacted hundreds of companies and industries in the region; especially impacting the Aerospace, Automotive and Chemicals industries. 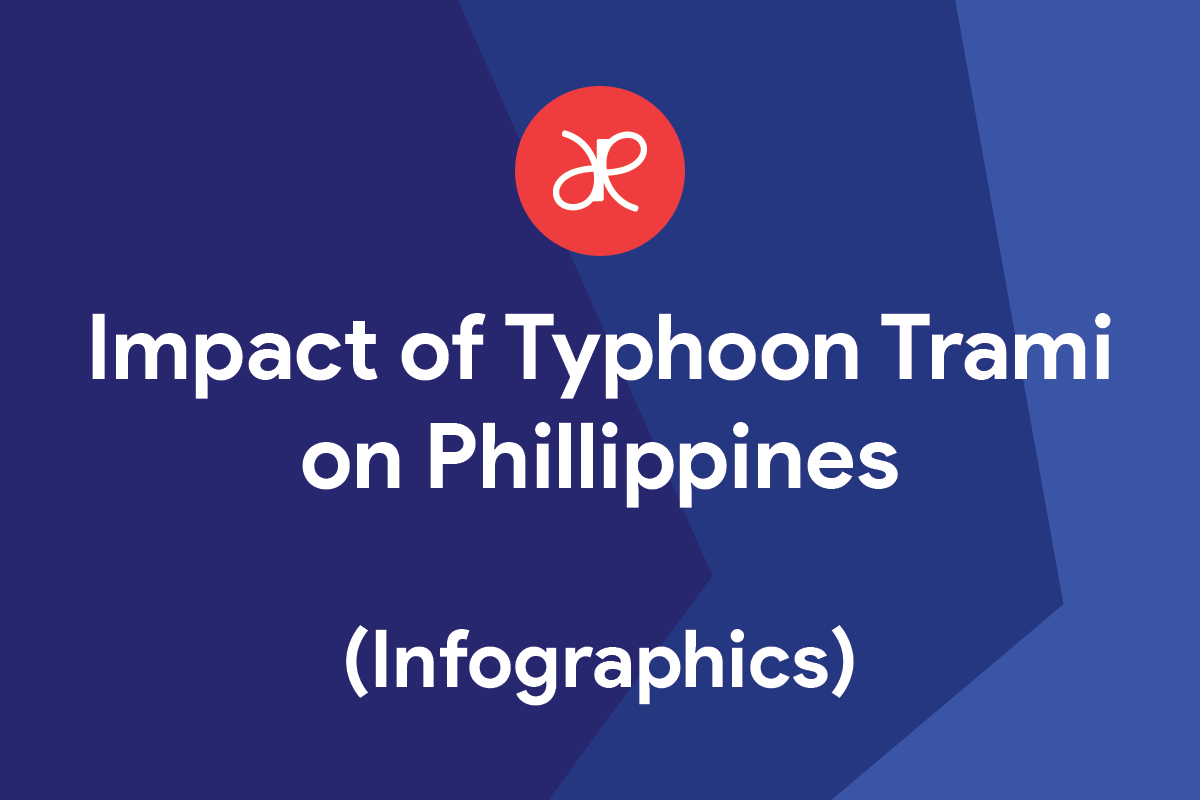 Impact of Typhoon Trami on Phillippines

Typhoon Trami, also known in the Philippines as Typhoon Paeng, was the second typhoon to hit Japan within a month; severely impacting Kyushu, Okinawa and Kochi provinces. A snapshot of industries impacted in these provinces can be seen in our infographics. 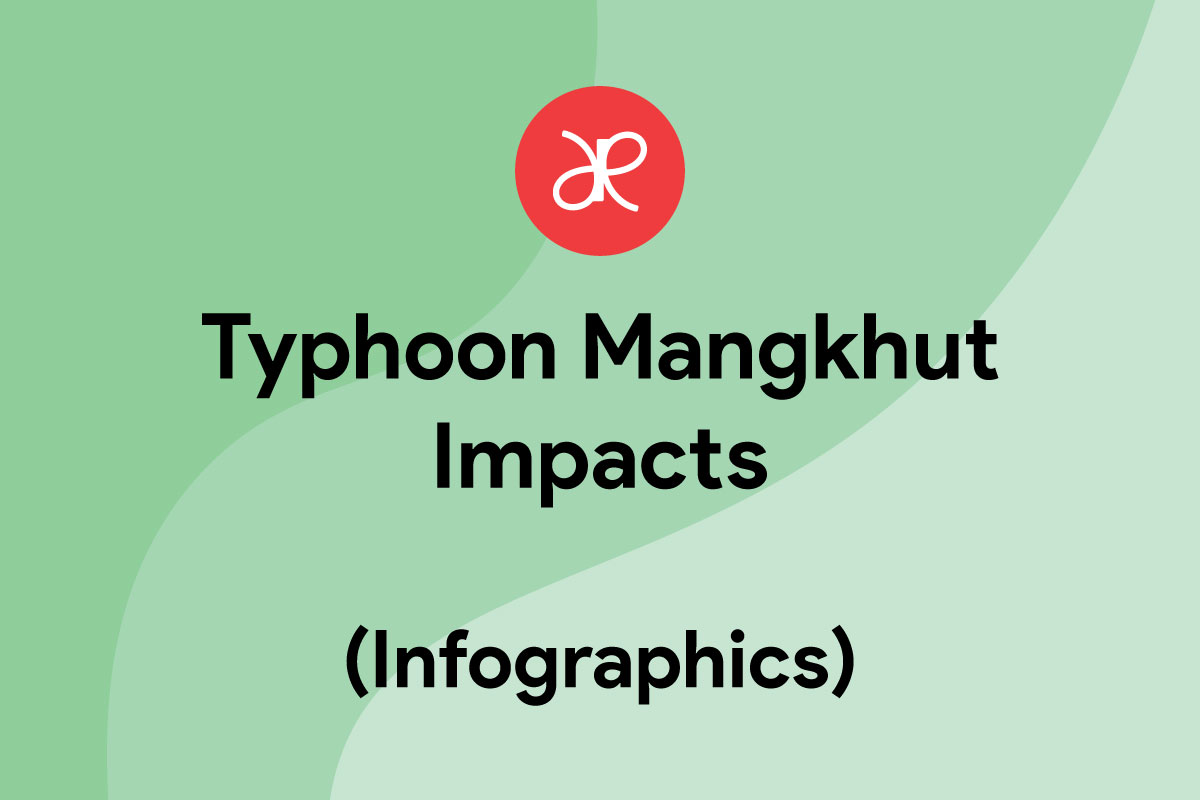 Typhoon Mangkhut, also known as Typhoon Ompong in the Philippines caused extensive flooding and damages to South China and the Philippines. The pearl river delta region of China was impacted severely, leading to multiple industries like Automotive, Semiconductors and Toys suffering losses. 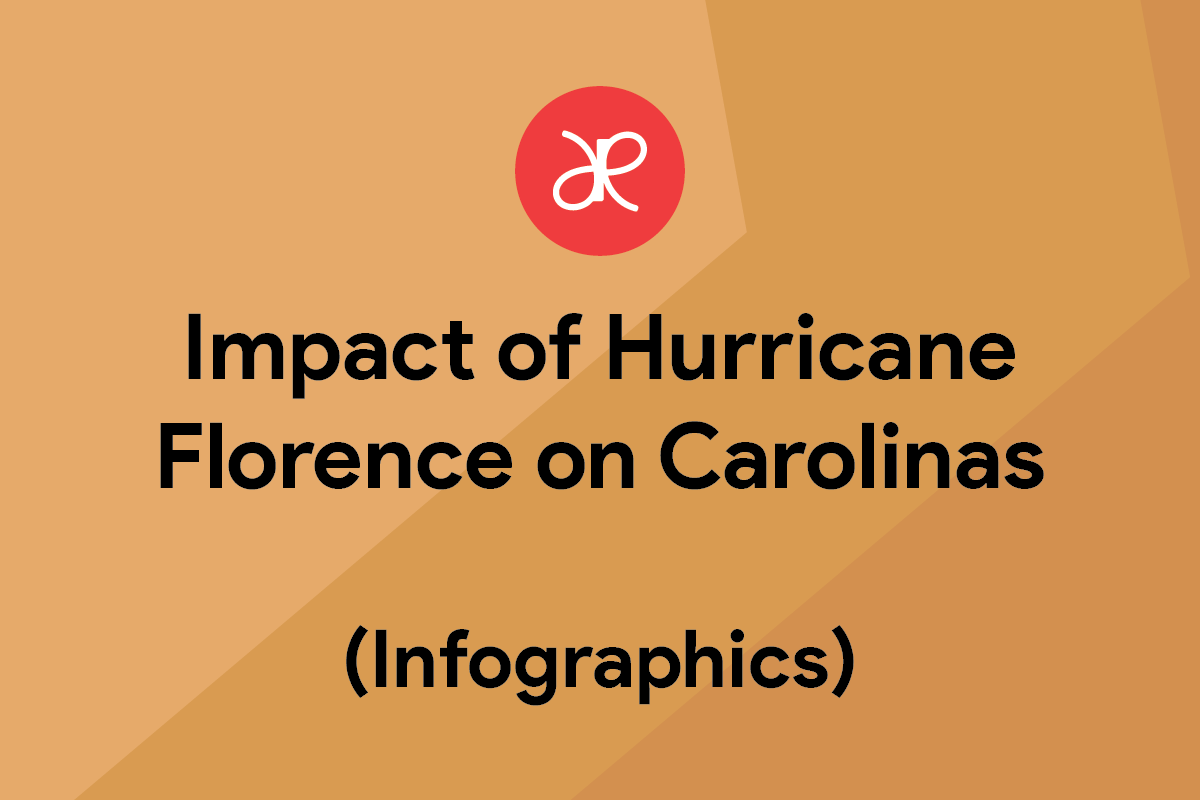 Impact of Hurricane Florence on Carolinas

Hurricane Florence, the first major hurricane of the 2018 Atlantic hurricane season, caused extensive damage to automotive, chemical and aerospace industries in the Carolinas, in addition to all major ports being closed, and supply chain impacts to multiple companies. A snapshot of the impacts can be seen in our infographics. 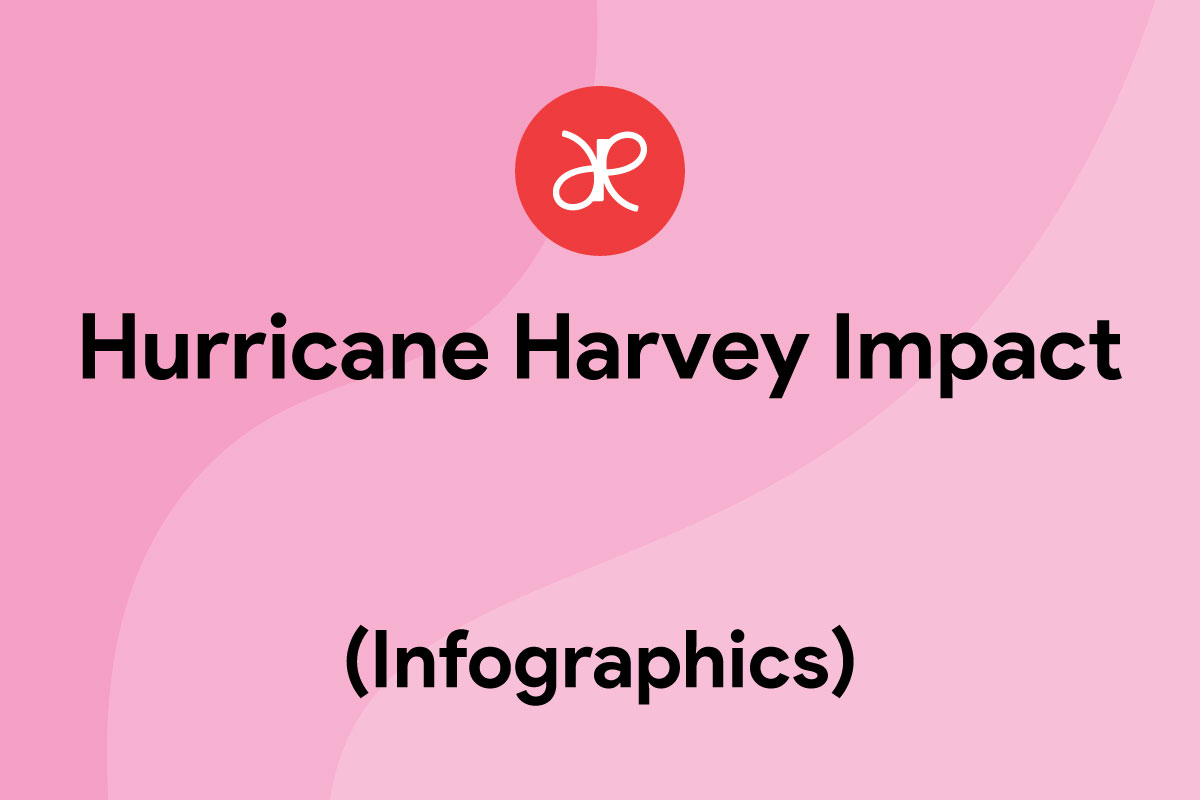 Hurricane Harvey, a Category 4 hurricane, caused devastating floods in Texas and Louisiana. Texas, being a major crude oil trading hub, and responsible for 22% of offshore oil production of US, businesses there were severely impacted.

2016 Risk Recap – While here you see some highlighted risks, a complete report you can find on the Global Risks Report 2016 by the World Economic Forum.

Earthquakes and Environmental Refugees: Time for “Green” Engineering – analysis – Indonesia was struck by an earthquake in December of 2016 and left 103 people dead, 932 injured and 88,133 displaced from homes.

1,000 structures destroyed in Chile wildfires – Chile has had 238,000 ha burned in a whildfire that started late December, damaging towns, ranches, and vineyards.

‘Unusual’ yellow fever outbreak threatens Brazil’s most vulnerable – Brazil’s second most populous state declared a 180-day state of emergency due to a yellow fever outbreak. The World Health Organization has warned that if the disease continues to spread beyond the state’s borders, it could cause a larger epidemic.

Contagious virus that affects young children reaches epidemic levels in Colorado – “Respiratory Syncytial Virus blocks the airways of people who have the virus. It can be deadly for children 2 and under because their airways are so small it makes it difficult for them to breathe, lowering their oxygen levels.”

Cagayan de Oro City, in the Philippines, was placed under a state of calamity following massive floods – Seven people were reported dead and the damage to agriculture and infrastructure is estimated at P10 million.

Thai floods may cost up to $3.4 bi if they last for 2-3 months – floods in early January killed 43 people, threatened agriculture and affected about 1.6 million people.

Italy: Abnormal cold front in the south – Italy was hit by unusual and unexpected cold front that affected agriculture and increased heating costs to farmers.

Civilian cost of conflict in Iraq increases amid Daesh threat – “Iraq is threatened by Daesh, which has taken power in several cities, including Iraq’s second largest city Mosul. The country also suffers from sectarian conflict as the government has been prioritizing Shiites, while discriminating against the Sunni population. Besides, corruption accusations against the government have also led to social distractions and the ongoing conflicts have a humanitarian cost.”

Tackling Disaster reduces risk of conflict – “The effects of climate change, population growth, rapid urbanization, and environmental degradation are contributing to greater competition for resources, adding to tensions and instability,”

Strong global investment appetite into Europe despite geopolitical instability  – Fourteen percent of foreign investors with a presence in the UK plan to change or relocate some of their European operations in the next three years should the UK leave the European single market. Overall, 11% plan to modify their UK presence in Europe following Brexit. Germany was identified as the preferred destination for those investors moving out of the UK (54%), followed by the Netherlands (33%) and France (8%).

Russian spies and cyber expert charged with treason for ‘cooperating’ with US – Arrests were made at a time of tension between Washington and Moscow after US intelligence accused Russian hackers of sabotaging US election in favor of Donald Trump. 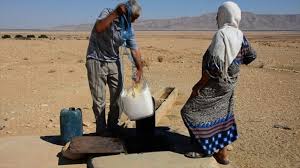 China Suffers Large Losses from Typhoon – Insured losses on mainland China from September’s Typhoon Meranti are expected to fall between $650 million and $1.15 billion. The intensity and frequency of typhoons that make landfall across the East Asia region have been increasing.

BlackRock Advances Climate Risk Assessment – Managing trillios in assets, BlackRock said all investors should factor climate risks into their decision-making and “doing so would not mean having to accept lower returns.”

Rising Seas Threaten Islands in South Pacific – Island nation of Kiribati, in the South Pacific, might be the first country to be entirely eliminated due to sea level rise in 30 to 50 years.

Latest Posts
Login to adapt ready
Reset Password
Enter the username or e-mail you used in your profile. A password reset link will be sent to you by email.
By using this site you agree to the use of cookies for analytics and personalized content.OkLearn more